How to avoid being an HMRC Scam victim

Money is a common a cause of worry and there will always be those who seek to profit by playing on these fears. HMRC Scams are nothing new and many of us are wise to them, but for those already worrying about insolvency, or expecting contact from HMRC, it’s far easier to be taken in.

With self assessment and financial end of year behind us, many higher earners, the self employed and business owners alike have tax on their mind at this time of year, something that’s often exploited by the steep increase in HMRC scams seen from January to April.

Those individuals behind HMRC scams are always looking for opportunities and ways to make their scams more believable and are often quite sophisticated in their tactics. Following are some guidelines to help you spot a scam and prevent yourself from losing out by being taken in by one.

What Sort Of HMRC Scams Should I Be Aware of?

In many cases and however they make contact, the scammers who contact you will do their absolute best to convince you that they are the real HMRC. The idea of being contacted by ‘the taxman’ is often enough to put people on the backfoot and from there, if the scammer is convincing enough, they can get their target to divulge all kinds of sensitive data, from personal information, to bank account details.

Is it an HMRC Scam? – Telltale Signs

HMRC Scams, indeed, scams of all kinds can sometimes be almost laughably unconvincing, but there’s no denying the increased sophistication being used in some of them.

Be aware how convincing some of the ‘better’ HMRC scams can be however. Business owners should already be aware that some of their personal information is now freely available via Companies House and with most of us having a digital footprint, it’s often possible, with a little light research to build up enough of a picture of an individual to appear to know the kinds of things HMRC would know about them.

So with this in mind, just because a caller or email sender knows a little about you, it doesn’t mean that they’re genuine.

Also consider that the caller id display on your phone can be manipulated to show any number a more sophisticated scammer chooses, so don’t take an 0300 number at face value if you’re not expecting the call.

When In Doubt about HMRC Scams, Call HMRC

However you are contacted by someone claiming to be from HMRC, it pays to be a little cautious. Usually the best thing you can do is look up HMRC’s contact details yourself and ask them direct rather than engaging with a caller, or responding to an email/letter.

If you’re called by a genuine HMRC staff member, they’ll understand you wanting to take precautions and will certainly not threaten you. If you do hang up and call an HMRC number to verify, use a different phone if you can. It’s an age old tactic to let someone hang up, but stay on the line, so when they dial out (to the genuine number), the line is still open and the scammer can just carry on the scam by pretending to answer.

If, after doing your due diligence, it turns out the HMRC Call is genuine and you find yourself in a situation where you cannot afford to pay he tax you owe, Call Lines Henry for a free consultation and let us discuss your options.

Speak to us, We can help.

What do I do if I can’t pay my self assessment tax bill?

If you can't pay your self-assessment bill to HMRC by January the 31st you should follow our advice and get...

The Loan Charge & Other Taxes – Is HMRC Out of Control?

There have been calls for HMRC and the Treasury to be investigated over the loan charge and for their powers... 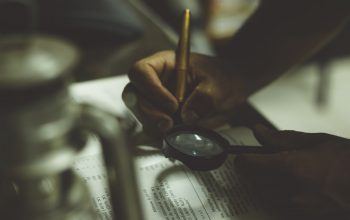 How HMRC Investigations Can Make Use of Your Digital Footprint

If you owe money to the taxman or have used inadvisable means to pay less tax, it's likely you're worried...