Brexit &The Toxicity of Uncertainty

The first deadline for ‘Brexit’ has passed and rather than seeing a final end to Brexit uncertainty, the decision was deferred. There are strong opinions on either side, whether leaving the EU represents a backward step for Britain’s place it the world or whether it represents a return to Britain’s status as an ‘independent’ power. It’s a debate which will continue for some time yet to ensue, with passionate opinions and deeply held views on both sides.

One thing that all can probably agree on, however, is that, whatever damage may be caused by whatever the ultimate decision ends up being, the two years of uncertainty leading up to where we are now has already caused some very real damage to businesses. And it’s the smallest businesses which have been affected the most. With small business insolvency and liquidations already being caused as a direct result of the customers and clients of these businesses being reluctant to spend until they know what’s going on.

Brexit Uncertainty and the Anxiety of ‘What If’

Running a successful business doesn’t happen by accident. More often than not, success comes from not only doing what you’re in the business of doing and doing it well, but also from making sure that a robust business plan is in place which allows the savvy business owner to set out how strengths can be leveraged, how perils can be avoided and making sure that there is always enough cash available to satisfy invoices and overheads when they fall due.

The key issue with Brexit is that, right this moment, no-one can reliably predict what will happen. Whilst people may hate uncertainty, businesses can be crippled by it.

A business plan, by its very nature aims to look to the future, predict as much as is possible what might happen, what could be done about it and then decide how to proceed. When it isn’t possible to predict with any certainty what might happen, it’s perfectly rational to take a ‘wait and see’ approach and defer making business decisions until there’s more clarity.

Unfortunately, two years of ‘wait and see’ has resulted in innumerable business decisions being deferred. There are also those cases of businesses who have removed themselves from the uncertainty altogether by moving their operations abroad if they are able to do so.

Larger businesses might be tempted to delay payment to their smaller creditors to safeguard their own cashflow.

Consumers, also, are putting back their own purchasing and financial decisions for the very same reasons.

Small businesses who rely on selling to consumers, or contracting their services to other companies are finding their revenue restricted as their customer and client base reigns in their own spending ‘for the time being’.

When small businesses rely on a steady stream of income to remain afloat, then it’s inevitable some will be forced into insolvency by its absence.

Unfortunately, businesses don’t exist in isolation. If business A can’t get enough work from business B, as a result of business B reigning in their spending due to Brexit uncertainty, then Business C (which supplies business A) won’t get as many orders and might have to lay off staff. Business C’s staff habitually buy retail products from business B, so the unemployed staff can no longer buy and the remaining staff, fearful for their jobs are reluctant to spend as much. It’s a simplistic example, but highlights how a little uncertainty can have larger and more widespread implications.

How to survive Brexit Uncertainty

If your small business has survived so far, despite all the uncertainty surrounding Brexit, then it’s likely your business is fundamentally sound and staying afloat a little longer could well reap the rewards when the dust has settled on the Brexit issue, whichever way the decision goes.

If you’re struggling to find a way to ‘hang in there’ until the Brexit uncertainty is over, then it’s high time you sought the help of Lines Henry. We’re experts in business insolvency, which naturally includes ways to recover from it and ways to avoid it entirely. We offer a free consultation, so there’s no reason to delay, contact us today and let us help you find a way to keep your business afloat.

What are the Different types of Company in the UK?

Registering a Ltd company isn't the only way to incorporate, there are many other types of company, each with their...

How Brexit will affect Business – What are the Implications?

It’s almost inevitable that some businesses will struggle to adapt, be unable to continue trading and become insolvent as a... 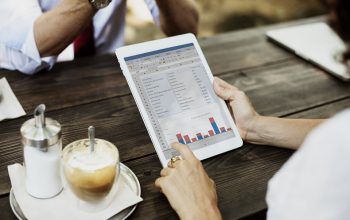 What is a Credit Score? How Are They Calculated?

Your credit score is metric used to see how likely you are to make repayments on credit terms you take...