Last weekend, Lines Henry Director and Insolvency Practitioner Neil Henry completed the Great Manchester run, here he tells you his account of it.

I completed the 10k Great Run last Sunday. I also need to tell you that it is with deep regret that after a long and successful career in road racing that I am announcing my retirement! I found the training for the run a lot harder than I expected and this was exacerbated by the fact that I injured my Achilles tendon which prevented me from doing any running in the three weeks before the event as I tried to nurse it in to some sort of state that would get me round the course. The day of the run was a magnificent day in Manchester with thousands of runners and spectators in a very good humour. I was in the last group to go off at 12.30 pm.

The first kilometre was fine and I actually felt quite good. I knew that my Achilles was not going to get any worse and that I could run at a gentle lollop and not do myself any lasting damage. Unfortunately, things went downhill when I got out on to the A56 heading down to Old Trafford. The sun was beating down and the temperature was in the low 20’s and I began to toil. And that is how the rest of the run went – me toiling in the heat as I dragged my aging, overweight body round the course. It was so bad that when the finish line came in sight I could not be bothered to suck my stomach in and sprint to try and pretend that I was fresh as a daisy. However, I did it but I am sure you will all understand my decision to retire and look for a job as a TV pundit. Once again I would like to thank all of you who were kind enough to sponsor me. You have helped me raise well over £1000 with more money to come in. The total so far at the time of writing is £1,075 (£1,268.75 with Gift Aid), so thank you to everyone who has supported, encouraged, mocked and sponsored me over the past few months. If you want to Sponsor Neil you can sponsor him online here 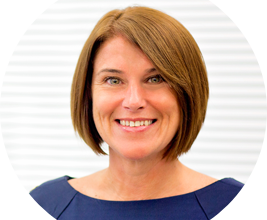