Home » News » Should Directors Use Their Own Money To Prop Up A Company?

I have been in the Insolvency industry for over 30 years and throughout that time I have seen directors throw their own money into a business where there has been little or no chance of saving it in its existing form.

With the current Furlough scheme due to change from August and business trying to get back to normal there are going to be some hard decisions for directors particularly in the SME sector. The Bounce Back loan scheme has put some much-needed cash into companies. HMRC and landlords have been forced to back off by Government from using enforcement measures, but that merely postpones payment. The debt has not been a written off.

The largest cost for many businesses is wages. Current projections predict up to 1.6 million redundancies by the Autumn. This is both financially and emotionally one of the hardest decisions for directors. In a small business, employees are not some faceless drones. These are colleagues you have known for years. You know about their families and the impact redundancy will have on them.

So what does all this mean for the directors? For many companies there are some harsh decisions that will need to be made:-

The most important question is 6. Is it worth putting more of your own money in? I have sat down with numerous of directors over the years, who regard their injection of funds as improving the company’s financial position. The reality in virtually all cases is that, under pressure from a creditor (usually the Bank or HMRC), they have substituted themselves for that creditor. The Company now owes them rather than the third party.

My issue with this is not that I object to directors substituting themselves for other creditors, but that they have lost the opportunity of using their cash to start again, if the current company has to go into liquidation. Most directors are only going to get one opportunity to raise funds. They should always consider letting one company fail and using their funds to start again.

I never underestimate the emotional attachment that directors have to their business. As a director of a small business myself, I understand it is far more than a job and that you have substantial emotional as well as financial investment in your business. No one wants to put a business down and for most they see this as a failure. Their failure.

I have had numerous meetings over the years where we have been brought in to provide an insolvency perspective, pointed out the likely cost of restarting following an insolvency, been given the cold shoulder, only to be contacted a couple of days later to proceed with a liquidation, when the directors have understood the stark financial realities. In the current climate many businesses will fail because of the current pandemic. If at the end of it a company fails, but all or part of a business survives, I would regard that as a success. 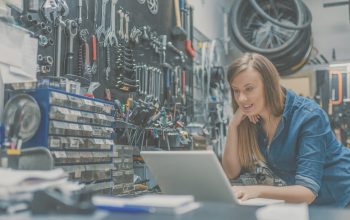 A couple of weeks into the coronavirus lockdown the Government announced the Bounce Back Loan Scheme to help businesses’ through... 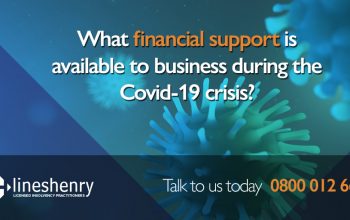 What financial support is available during the Covid-19 crisis?

There is no doubt that the Covid-19 pandemic has turned the world upside down, not least the business world.  We...

How we can support you during the Covid-19 pandemic

The Covid-19 pandemic has caused much uncertainty for the future of many businesses across the globe.  Businesses up and down...