Bankruptcy is a word which carries distinct connotations and many people still feel that it carries a certain stigma. In truth, it’s just one of a number of insolvency processes which can be used to deal with problem debt and like other debt solutions it has its advantages and disadvantages. So what are the pros and cons of bankruptcy?

Bankruptcy Pros – The Advantages of Bankruptcy

Bankruptcy Cons – The Disadvantages of Bankruptcy

After Reviewing the Pros and Cons of Bankruptcy, is it right for you?

Bankruptcy isn’t right for everyone and the pros and cons of bankruptcy must be carefully assessed in order to make and informed decision on whether it’s the best solution your own circumstances.

As Licensed Insolvency Practitioners, we’re best placed to be able to review your situation and give you the best advice as to which insolvency is likely to give you the best outcome and help guide you through the process of dealing with your problem debt once and for all.

Speak to us, we can help.

Raising The Funds to Buy a Pre-Pack Business

Pre-Pack Business Finance is funding arranged specifically for the purpose of buying the functioning business of an insolvent company.

Universities At Risk Of Bankruptcy

At a time when student debt due to tuition fees is at an all time high, the idea of universities... 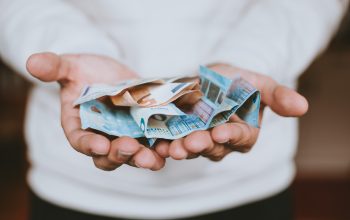 What Happens After Bankruptcy?

What should you expect after bankruptcy? Bankruptcy isn't an easy process, but it has a defiinite end date. What happens...