Home » News » What Are The Psychological Effects of Debt?

The Psychological Effects of Debt

Money is merely a means of exchange, cash being just tokens; units of value, that allow us to exchange our time or things we’ve made for things we want without having to directly barter. Those tokens of value are often processed electronically without physical cash being needed, money represented by just ones and zeros on a digital ledger. But even though money is merely an abstract concept, its absence can cause a disproportionate level of distress and as Insolvency Practioners, we often see the psychological effects of debt first hand.

Debt affects different people in different ways. In the past, there was a certain stigma, a level of shame which was automatically associated with debt. While this is by no means gone, it has lessened somewhat over the years and decades, but for many, there can be a certain amount of embarrassment which comes as part and parcel of indebtedness.

Debt brings with it so many negative emotions. There’s the fear of what might happen, the fear of judgement and the fear of losing control. People in debt are likely to look back at past decisions, overanalysing their mistakes with regret, running through countless ‘what if’ scenarios in their heads and being angry at themselves for ‘being so stupid’. This frustration can manifest itself as depression at being unable to see a way out, resentment against oneself or those who should have helped, or who ‘let me get in this situation’. Denial is another coping mechanism where the debtor tries to ignore the problem or pretend it isn’t there.

The psychological effects of debt aren’t just felt by those who hold the debt, they’re often also felt by those closest to them. Pent up frustration can sometimes be unleashed on friends and family, with those in debt pushing away their emotional support, leaving them more isolated.

Relieving the psychological effects of debt

The most obvious way to relieve the psychological effects of debt is to get rid of the debt. of course while this is indeed a surefire way to relieve the stress, this is often easier said than done. At Lines Henry, we’re experts in helping individuals deal with the effects of debt. While we concentrate on dealing with the numbers and the practicalities of a financial situation, they’re undeniably linked to the psychological effects of debt and it’s clear to see, from the moment we meet someone face to face, through to the point they’re back in control of their finances, the clear physical signs that the mental burden they’re carrying is starting to lift. This is one of the most rewarding aspects of being an Insolvency Practitioner. Dealing with a problem is one thing, improving a life is another. At Lines Henry, we’re proud to do both. We even offer a free consultation to make it easier to start down the path to relieving debt once and for all.

Contact us and you’ll immediately feel at least a little relief at having taken action and we’ll help your situation improve from there.

the government are under pressure to introduce a formal regulator for Bailiff’s, but in the meantime it helps to know...

The existence of a poverty premium is something about which many people are deeply uncomfortable. But the solutions are less... 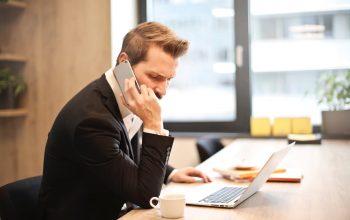