Home » News » What is a Phoenix Company? What are the Pros and Cons?

What is a Phoenix Company? What are the Pros and Cons?

Most people familiar with their mythology will know what a phoenix is, a bird which in legend, would burn itself to ashes at the end of its life and rise again from those ashes, reborn and renewed. It’s easy to see where the concept of the Phoenix Company got it’s moniker, but what is a Phoenix Company and why do they exist?

A business which has called in insolvency practitioners after being unable to trade due to debts it cannot pay, may be, at its core, a profitable business, which has simply become unviable due to the sheer weight of debt it’s carrying. Shorn of those debts, the business could quite easily and successfully continue to trade.

A company which is to be liquidated will have all its assets realised and whatever money can be recovered through this process will then be distributed to those to whom money was owed. In such situations its likely that not every creditor will be paid in full, some not at all. It is the responsibility of the insolvency practitioner supervising the liquidation, to make sure that the process yields the most money for the business’s creditors, so if the business’s directors set up a new company and are able to raise sufficient funds to buy all the assets of the insolvent company at a fair price, their new company, will have a fully operational business just as before, but because the debt of the old company ‘dies’ along with it, their new company; the Phoenix Company, isn’t affected by it.

What are the advantages of a Phoenix Company?

There are numerous advantages for setting up a Phoenix Company to pick up where an old, insolvency company left off. For the most part the advantages relate to continuity. The core business will continue, so those accustomed to buying from it will be able to do so, there’ll just be a different ‘name above the door’. Staff of the old company will still have jobs, because their contracts are highly likely to have been taken over by the Phoenix Company due to TUPE legislation, so a skilled workforce can be retained, once again providing continuity of service.

The creditors of the old company are usually better off with a Phoenix Company buying the assets of the old insolvent one than they would be otherwise, but this still leaves them, for the most part, out of pocket when the total value of what they’re owed is considered, so why is the Phoenix company an advantage? Essentially, it’s a matter of maximising what they ‘can’ get back. When the old company became insolvent to the point where liquidation was inevitable, the amount the creditors were able to recover depended on how much the company’s assets would fetch when sold. if the assets were disposed of ‘piecemeal’, the overall value returned would be less than if they were sold as a whole as part of a functioning business. So while it appears that the Directors are getting away with debt at the expense of their creditors, the creditors are better off if they ‘phoenixed’ the company than they would be if it was left to be picked apart.

What are the disadvantages of a Phoenix Company?

While there are obvious advantages to an operational business being saved through the creation of a Phoenix company to take over after an insolvent company is liquidated, there are also obvious disadvantages too.

The clearest disadvantage, as with any company liquidation, is that its creditors to a greater or lesser extent will not be paid the full value of what they’re owed, some may receive nothing at all. To see a business they’ve traded with collapse without paying, only to set up the next day under a new name and continue trading without any obligation to the debt can, quite understandably be a bitter pill to swallow for the owners of the unpaid business.

The Phoenix Company can not have the same name or a name that’s substantially similar to the liquidated company, so as to avoid confusion. The Phoenix company is an entirely new entity, so bank accounts will need to be set up, new providers sourced for utilities and it’s likely that those ‘burned’ by the dying company, may be unwilling to trade with the Phoenix Company so new suppliers will need to be sought.

While the phoenix company is a new entity, the Directors in charge of the old company who set up the new one will all have the record of their Directorships showing on Companies House and having been in charge of a company which collapsed may make obtaining credit of the new company more difficult, particularly when, as a new company, it has no credit record of its own for lenders to base decisions on.

Could I save my Insolvent Business using a Phoenix Company?

Setting up a Phoenix Company to take over the business of an insolvent one is not without its complications. naturally, there are rules to follow, not least, to prevent Directors selling assets to ‘themselves’ at prices beneath market value. Contact us for advice on whether a Phoenix Company is appropriate and workable in your circumstances and take advantage of our free consultation to help you decide whether this is the right option for you.

Can You Liquidate Your Company Without an Insolvency Practitioner?

Why is DIY The Wrong Way To Liquidate Your Company? - The legalities aside, It's a huge risk to take...

What happens in an insolvent redundancy when the company doesn't have sufficient funds from its liquidated assets to pay the... 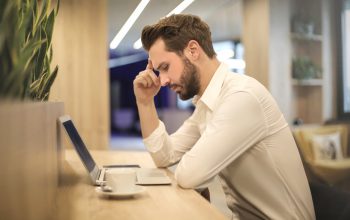 Creditor’s Voluntary Liquidation – Jump or Wait to be Pushed?

When a business is insolvent, don't wait to be forced into compulsory liquidation, Creditor's Voluntary Liquidation is usually a far...